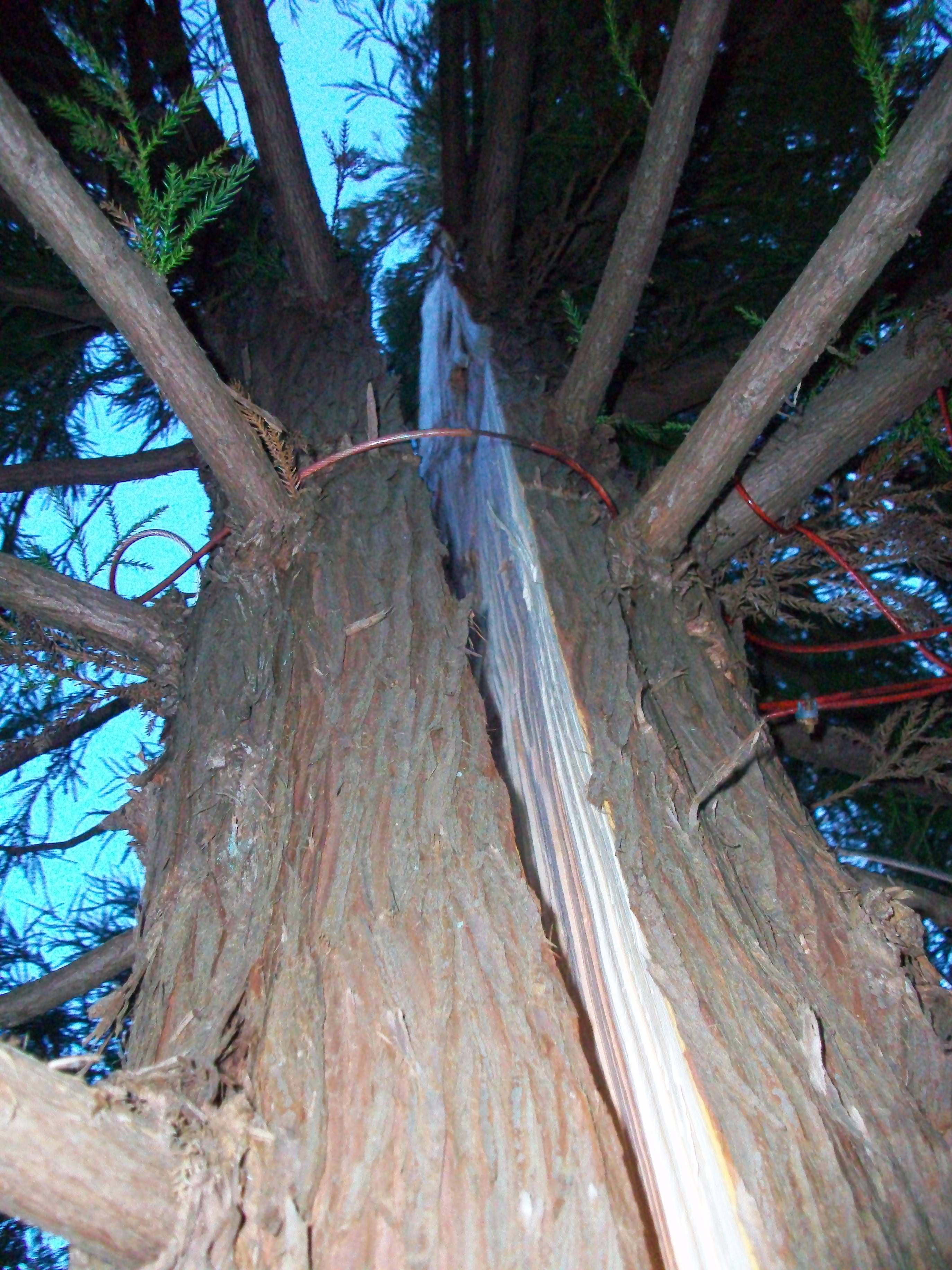 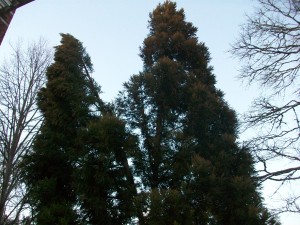 The Co-dominant stem of this canopy is what led to the trunk failure.

Damaged Tree Splitting From The Top Down

Our friends at the Bluefish Bed and Breakfast in Harwich MA called us the other day with an alarming tree problem. A large Cryptomeria japonica on their property had begun to split down the middle from the top down. It wasn’t  a windy day and we hadn’t had any recent snow fall, but somehow this tree had started to fail.

A co-dominant stem is simply a tree stem that has divided into two separate tops that are, essentially,  competing f or the top spot. this type of growth can often lead to included bark in between the stems which in turn, may lead to the failure of  one or both of the competing stems.

Well, this is precisely what happened with the Bluefish’s Cryptomeria. Remarkably, the split continued  from it’s 30 ft origin, down the middle of the trunk, to about eight feet from the ground. 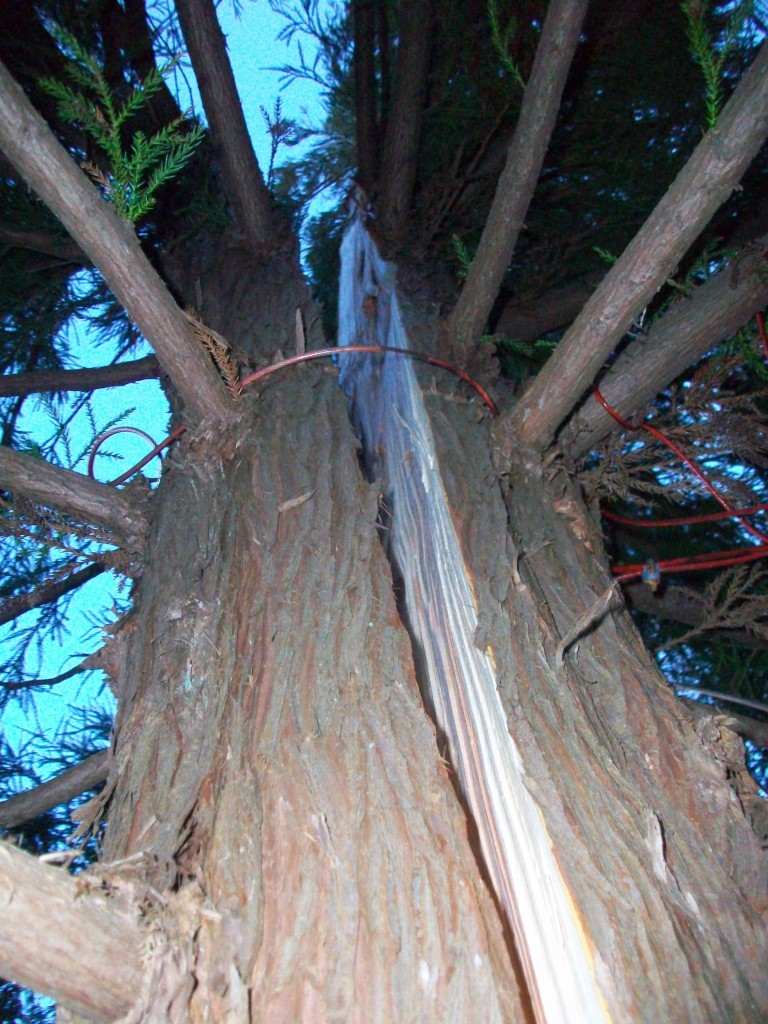 The split on this tree continued down the trunk quite a distance and seemed ready to continue it’s way straight to the stump.

There is Still Hope For This Tree To Be Repaired

Well, since both halves of the tree were still very firmly attached to the stump and capable of sufficient sap flow to the respective  canopies above, we decided that this tree was in good 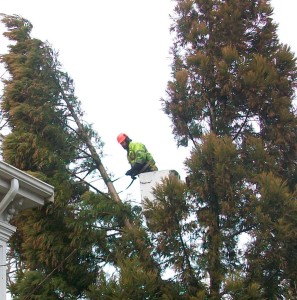 Using webbing straps, so as to not damage the underlying cambium, we gently pulled the split tops back together.

shape for some repair work. But we needed to work fast before more damage was incurred.  So we set up straps in the upper canopy to carefully pull the two tops back together. The straps had to be placed just right to avoid breaking the upper portions of the stem off by the pressure.  We also set up a ratcheting clamp system  to push the lower portions of the trunk together as the tops closed in.

Drilling Through The Main Stem To Install Through-Rod

Once the trunk was pulled firmly back together we began drilling, strategically placed holes through the stem, perpendicular to the split. These holes were then threaded with high strength through-rod that will help hold the tree together and give extra, needed support. We installed five through-rods total, along the seem of the trunk, and this really pulled the trunk together the remaining few centimeters. This step was very crucial, as a nut, just slightly over-torqued, could twist and rip the bark and cambium, beneath. Damage like this would further introduce the potential of decay into the otherwise sound portions of the stem.

All things considered, the two halves of this damaged tree came back together in a somewhat, seamless manner.  If all else goes well in this trees life, the two halves could very well grow back together. It would only take a few seasons for the callous wood from each half to fuse back together. Of course, this tree will always have this inherent weakness in it’s stem that should be considered in it’s future care. However, considering the alternatives or complete removal or grotesque disfigurement, this tree is not doing to bad when all was said and done.

Or give us a call